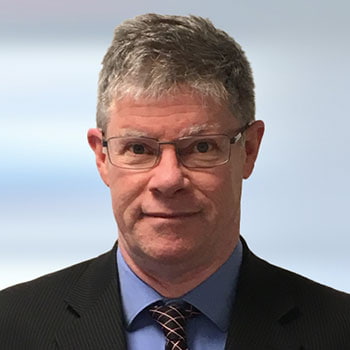 David Porter, Esq. is an experienced, dedicated, and effective advocate for Chicago’s workforce.

Mr. Porter received his B.A. degree from the University of Michigan in 1982 and earned his Juris Doctor degree from Hofstra University in New York in 1985.

After law school Mr. Porter practiced law in New York for 10 years. Then he and his family moved to Illinois (to be closer to their family members), where he has been in private practice since 1995 (all at his current location).

For the last 30 years Mr. Porter has devoted himself to the practice of employment law primarily on behalf of employees. Mr. Porter has represented hundreds of clients against New York and Illinois employers, both large and small, in negotiation, mediation, arbitration, and litigation of claims including retaliation (for protected complaints), discrimination (on the basis of age, race, pregnancy, sex, disability and national origin), FMLA, breach of contract, non-compete agreements, overtime/ wage and hour claims, and unemployment hearings. Mr. Porter has extensive experience in federal court, and EEOC/ IDHR proceedings, as well as in providing general employment advice, strategic counseling, preparing and reviewing employment contracts and non-compete agreements, and negotiating severance packages.

Contact Us
Practice Areas
Unemployment Hearings
Severance Agreement Negotiations
Labor Day
2009
Labor Day
2010
Labor Day
2011
Labor Day
2012
Labor Day
2013
Labor Day
2014
Labor Day
2015
Labor Day
2016
Labor Day
2017
Labor Day
2018
Client Reviews
★★★★★
"I found David Porter's representation of me to be both professional and compassionate. He did a solid job of explaining my legal options and provided me with real world examples of how labor/employment law works. His support and advocacy helped me to get through a very difficult time in my professional life. I would without hesitation highly recommend him to a friend in need of a seasoned practitioner." Jack
★★★★★
"I can't thank you enough for dealing with the bureaucracy of the Indiana and Illinois unemployment offices. Their response to my individual communications seemed to be the default answer of "No". With your help and persistence you were able to cut through the red tape and win my Trade Adjustment Assistance, allowing me to pursue my Master's of Science in Electrical and Computer Engineering. It is a good feeling to know I can call on such a great resource in trying times." Marc
★★★★★
"After finding myself in a terrible position with a former employer to whom my fate was at their mercy, David Porter stepped in and negotiated a settlement plan that not only kept me out of court, but also prevented any negative references or information being leaked out to possibly hinder my future growth as a professional." Mike
View More
Submit a Law Firm Client Review